A study recently published in the Journal of American Medicine details disturbing results from neurological analyses of 202 deceased football players’ brains. In their lifetimes, these players had reached different levels of football—high school (two players), college (53), semi-pro (14), the Canadian Football League (8) and the NFL (111). The study—titled “Clinicopathological Evaluation of Chronic Traumatic Encephalopathy in Players of American Football” and led by three Boston University medical doctors—evaluated the presence of chronic traumatic encephalopathy (CTE), a degenerative neurological disease caused by repeat head trauma and only diagnosable with certainty in post-mortem examinations. While the scientific community’s understanding of CTE is evolving, common symptoms include aggression, depression, memory loss and an increased risk of suicide. These conditions tend to worsen over a person’s lifetime.

Such numbers add to the mounting evidence of the long-term danger of playing football, intensifying the questions surrounding the game and its future: Is football in danger? Can it ever be made sufficiently safe? Will young people begin turning away?

A more immediate question is: What might this study mean for the durability of the NFL concussion settlement, the 2015 agreement between the league and former players intended to cover the costs of treating football-related ailments? The answer to that is not so clear, especially given recent remarks by NFL commissioner Roger Goodell.

The study’s results should be viewed with caution. The research was limited by a significant but legally essential restriction: The brains were donated, and thus not randomly selected.

This dynamic may have skewed the results: A person who believes he might suffer from CTE could be more likely than the average person, or average football player, to pledge his brain to science. The results are thus influenced by what’s known as “selection bias,” a methodology bias that refers to a studied sample (here, brains of 202 deceased football players) that might not adequately represent the relevant population pool (i.e., brains of all football players). It’s thus possible that a random sampling of former football players’ brains would yield different and perhaps less troubling results. 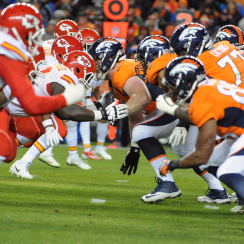 A random sample, however, is not realistic. Researchers’ legal capacity to conduct a post-mortem study of a football player’s brain is contingent on the consent of either the donor while he was alive or his family. To require a random sample for a CTE study would be to impose an impossible demand.

But even with selection bias, the study’s results are hard to dismiss. The fact is, 111 former NFL players’ brains amounts to a sizable sample, even if it may be skewed and not random. For 110 of those brains to show CTE is the latest evidence of the serious risks of neurological injury from playing in the NFL.

The results are particularly worrisome because CTE is not a recognized condition under the concussion class action settlement reached between the NFL and more than 20,000 retired NFL players. Last year the U.S. Supreme Court denied petitions that sought to challenge the settlement. The denials left in a place an agreement that requires the NFL, which annually generates about $14 billion in revenue, to pay out approximately $1 billion total over the next 65 years. The settlement will pay each retired NFL player, on average, about $190,000. A retired player can receive up to $5 million depending on his affliction, years of NFL service and other factors.

A few hundred retired players opted out of the settlement, meaning they can continue to pursue legal claims against the NFL. For other retired players, however, they are bound by the terms of the agreement. Retired players who didn’t opt out had until Aug. 7 to register (late registrations can be submitted but have no guarantee of being accepted).

If CTE is as prevalent as the JAMA study suggests, its omission as a recognized condition from the settlement could undermine a core purpose of the settlement: to adequately fund treatment for health problems suffered by retired players. 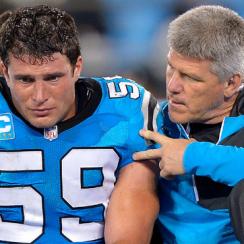 NFL
Luke Kuechly and the Gruesome Part of Football

The absence of CTE as a recognized condition is not without logic. As mentioned above, science has not advanced to the point where CTE—which is detectable by observing degeneration of the brain tissue—can be verified with certainty before someone dies. Also, those who suffer from CTE usually exhibit other neurological conditions that are covered by the settlement.

Retired players might also be worried about the NFL’s commitment to studying CTE given comments by league officials.

Goodell downplayed the JAMA study in remarks he delivered as part of a recent fan forum. While sitting alongside New York Jets safety Jamal Adams, Goodell stressed that “the average NFL player lives five years longer than you.” He also insisted, “[NFL players’] lifespan is actually longer and healthier. And I think because of all the advancements, including the medical care, that number is going to even increase for them.”

It’s not immediately clear where Goodell got his data. However, in 2012, the American Journal of Cardiology published a National Institute for Occupational Safety and Health study which found that, among players who played in the NFL between 1959 and 1988, NFL players do in fact tend to live longer than the average American male. According to the NFL this data shows that the average life expectancy of NFL players is 77.5 years, whereas the average life expectancy of men in the general American population is 74.7 years.

While Goodell appears to have facts on his side, it’s worth noting that “facts” are not always static. Indeed, it’s not clear if results from a study of NFL players who played at some point between 1959 and 1988 would be replicated in a study of more recent players. Every season, NFL players tend to be taller, heavier and faster than those who played before them. In fact, according to researchers at Grand Valley State, the average professional football player is between one-quarter and three-quarter pounds heavier every year. More recent NFL players are thus at an elevated risk for more damaging collisions to the brain and to other parts of the body.